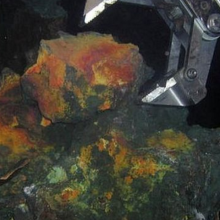 The prospect of a deep sea “gold rush” opening a controversial new frontier for mining on the ocean floor has moved a step closer.

The United Nations has published its first plan for managing the extraction of so-called “nodules” – small mineral-rich rocks – from the seabed.  A technical study was carried out by the UN’s International Seabed Authority – the body overseeing deep sea mining.  It says companies could apply for licences from as soon as 2016.

The idea of exploiting the gold, copper, manganese, cobalt and other metals of the ocean floor has been considered for decades but only recently became feasible with high commodity prices and new technology. Conservation experts have long warned that mining the seabed will be highly destructive and could have disastrous long-term consequences for marine life.