You Are Here: Home » Latest News » EU » Reforming the EU deep-sea fishing regulation: A net win for the UK

Reforming the EU deep-sea fishing regulation: A net win for the UK 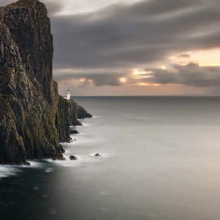 The deep sea off the British Isles is teeming with cold-water corals, sponge fields, and a large variety of unique underwater habitats and species.

Deep-sea fishing fleets, predominantly French and Spanish vessels, using bottom trawl gear are severely damaging vast expanses of an environment so fragile that it may never recover and they are doing so in pursuit of only a few fish species and for very little, if any, economic gain.

The existing EU deep-sea fisheries regulation for the northeast Atlantic is failing to protect the deep sea from unsustainable fishing practices. Reform is urgently needed if this vital but fragile deep-sea environment is to be protected.

In 2012, the European Commission put forward a game-changing proposal for a new regulation that would phase-out the use of bottom trawl gear and bottom gillnet gear to target deep-sea species.  The aim is not to ban deep-sea fishing, but to transform extremely damaging, non-selective and unsustainable fisheries into low-impact, sustainably-managed ones. The proposal is now being negotiated by the UK and other Member States in the Council of Fisheries Ministries.

The Scottish and UK governments could take the lead in stopping the on-going devastation of Scotland’s unique and irreplaceable marine heritage, should they choose to do so.

We can put a stop to senseless and wasteful destruction of an outstanding, highly valuable marine heritage. For the sake of fishing communities, and for the health and productivity of our oceans, we should.

Last week the DSCC launched their Scotland advert campaign “Scotland’s Beauty Runs Deep” with adverts currently being displayed in various locations in Scotland. The campaign is urging the Scottish public to protect their natural marine heritage by signing a joint NGO petition to Parliamentary Under Secretary of State for farming, food and marine environment, George Eustice MP urging him to support an EU ban on deep sea bottom trawling.