You Are Here: Home » Latest News » Science » Footage Captured By Underwater Robots Reveals What Deep-Sea Life Is Like More Than Half A Mile Beneath The Surface 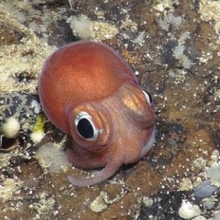 The remarkable clips reveal a never-before-seen view of deep-sea creatures, including coral, monkfish, and many previously unknown species.

Robots obtained high-definition videos from four seamounts in the North East Atlantic Ocean, and have even explored depths more than half a mile below the surface to reveal a deep-water coral that stands over six feet tall.

The new footage comes from the Deep Links project, an effort led by Plymouth University Marine Institute, in collaboration with the University of Oxford, the JNCC, and British Geological Survey.

The team focused on a region that lies between roughly 125 and 280 miles west of Scotland.

Limitations in technology have posed challenges to earlier deep-sea explorations, the researchers explain.

But in the new project, they used the Isis remotely operated vehicle (ROV) – one of the most advanced robot vehicles in the world.