You Are Here: Home » Latest News » Mining » Seabed Mining: The 30 People Who Could Decide the Fate of the Deep Ocean

Seabed Mining: The 30 People Who Could Decide the Fate of the Deep Ocean 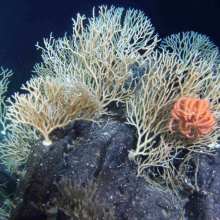 As the International Seabed Authority moves to permit the mining of unique deep-sea habitats, calls grow for it to disclose secretive deliberations about the environmental consequences of extracting valuable minerals from the ocean floor.

KINGSTON, Jamaica – At the International Seabed Authority’s ocean-side headquarters, delegates from dozens of countries stroll through breezeways adorned with the works of Jamaican artists as the United Nations-chartered organization’s annual meeting begins its second week. No one, however, is entering a conference room where the seabed authority’s Legal and Technical Commission is in session and men in dark suits stand watch. A sign advises that the meeting is “closed.”

Behind heavy wood doors, the 30 members of the Commission are convening in secret to discuss, among other things, confidential contracts issued to corporations and state-backed companies to explore and potentially mine vast, barely explored deep-sea habitats that scientists believe play a key role in the global ecosystem. The seabed is thought to be rich in deposits of cobalt, copper, manganese, gold and rare elements essential for making smartphones, solar panels and other indispensable products of modern life.

The International Seabed Authority, or ISA, regulates the sea floor outside nations’ jurisdiction, an enormous expanse that encompasses nearly 50 percent of the Earth. The 168 member states of the ISA form an Assembly that elects 36 representatives to serve on the Council, a policymaking body that approves mining contracts. The Council in turn elects experts in mining, science and law to serve five-year terms on the Legal and Technical Commission (LTC), which reviews mining applications, drafts regulations and ensures mining companies comply with environmental rules. Its deliberations are mostly confidential, and the LTC does not disclose what mining companies from China, Japan, Russia and other countries are finding at depths that can reach 4 miles (6km) below the surface of the ocean. That information – including environmental impact assessments – is withheld even from the Council.